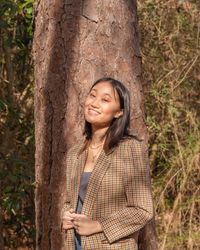 Christine Rong is Kinder HSPVA's National Honor Society President and an officer for the Science National Honor Society. Christine actively participates as a State Cabinet Member in the Junior Statesmen of America and is the District Lead for Diversify Our Narrative HISD, an organization dedicated to advocacy for the inclusion of anti-racist texts in high school curriculums. Additionally, she is apart of other activism organizations such as The Period Pact and Houston Activism Fair. Christine plans to attend American University with a major of Interdisciplinary Studies in Communications, Legal Institutions, Economics and Government. Christine participated in the Lone Star Leadership Academy – Austin/San Antonio and Houston/Galveston camps and returned on the Lone Star Leadership Academy camps as a Youth Facilitator for two years. She has been a member of the Lone Star Leadership Academy Alumni Council for four years. During Christine's membership on the Alumni Council she led the Music To You Service Project where she brought choral and orchestral performances to senior homes and elementary schools, spreading holiday cheer and necessities for the winter. This year, through a virtual setting, she hosted Calcutta, an International Arts Workshop, in collaboration with National Honor Society and Calcutta International School in India. Christine stated, "My experience in the Lone Star Leadership Academy Alumni Council has allowed me to become a better leader by teaching me the importance of listening and being open-minded."