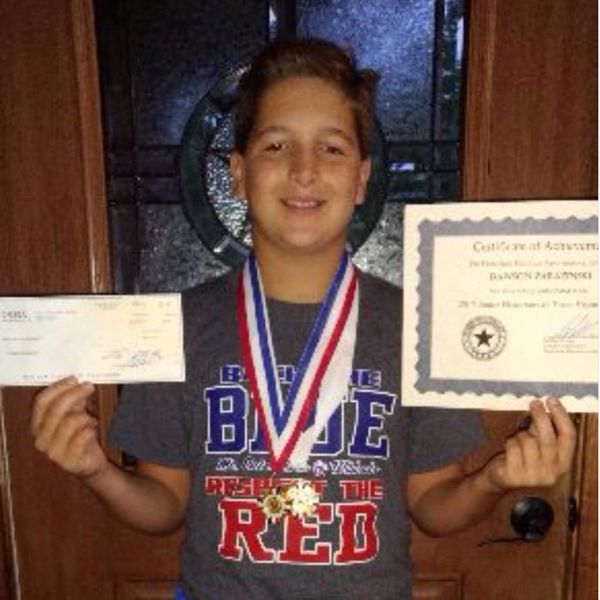 I met with Dawson this morning, his last day at camp, to congratulate him and to learn a little more about him. I asked Dawson what motivated him to enter the contest and he stated, "I do well in UIL Writing and thought I had a pretty good chance, so I entered." When I asked what was his favorite experience during the week he said, "That's hard. Either AT&T Stadium or the Texas Civil War Museum. I'm all about the Civil War and I've always liked learning about it. My great-great-great-great grandfather fought in the Civil War." He also shared, "I'm also really excited about visiting Ranger Stadium later today. They're one of my teams!" It was a delight to have Dawson take part in the Lone Star Leadership Academy camp this week. Kudos to this young leader and writer!