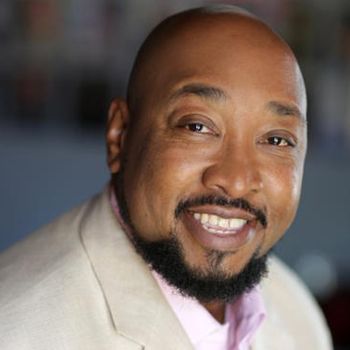 Listen to "Education in Action" written and performed by John McConnell!

Outstanding Texas educators join Education in Action each summer to enrich the lives of young leaders taking part in our Lone Star Leadership Academy camps. While the campers love experiencing notable Texas sites and learning about leadership with other top-notch students from across Texas, it’s our incredible team of facilitators that make the camp come to life for the students. Because of the important role they play in the campers’ experiences, and because we’re proud of the caliber of teachers that join us each summer, we appreciate the opportunity to spotlight our facilitators!

This fall we were overwhelmed when John McConnell, a 3rd grade teacher at Barbara Jordan Elementary in Fort Bend ISD sent us a recording of his song, “Education in Action”. He had just completed his first summer working as a facilitator with outstanding young Texans on our Lone Star Leadership Academy camps. John said, “After such an awesome summer facilitating the leadership camps, I was inspired to write a song to express the true essence and intention of the camps. Student feedback and testimonials contributed to my creative process. The majority of the lyrics encompass the leadership skills of the day from all three camps.” We invite you to listen to, and ‘like’, “Education in Action” and hope you enjoy it as much as we do!

John, who will serve as a facilitator on the camps again this summer, holds a Bachelor of Science degree in Education from Saint Mary College in Leavenworth, Kansas and has 26 years of teaching experience. He has been an English Language Arts/Social Studies teacher at Barbara Jordan Elementary School in Fort Bend ISD for four years and previously taught in Alief and Houston ISDs. During his career he has also served as a staff trainer, a middle school safety coordinator, and after school program coordinator. He is skilled in character training and staff development. “At school, I offer my students innovative activities to bond in a positive way while challenging them to grow intellectually and socially,” John stated. “I enjoy facilitating Lone Star Leadership Academy camps during the summer because I love introducing fun and exciting opportunities to children!” Outside of the classroom, as you may have noticed, John has a strong songwriting passion. He writes songs for multiple genres, and acts and sings as often as he can. John has been married for twenty-four years, and has two sons in high school.

Education in Action is proud to have such creative and motivated teachers on our team. “John is an amazing camp facilitator and team player who consistently leads by example,” stated Rhonda Richardson, Lone Star Leadership Academy programs director. “He consistently encourages the students at camp to go above and beyond and he always meets tasks head on with an inspirational smile!” A student on one of John’s camp weeks commented, “Mr. John is awesome! The facilitators are a fun and motivated group of teachers that care!”